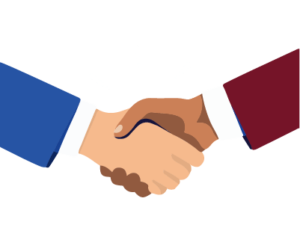 Companies and individuals in Poland are obliged to pay the following taxes:

In the case of formal employment of employees in the company, the employer is obliged to make the following contributions: to social insurance and health insurance, as well as to the pension fund, which is about 64% of the net salary of the employee of the Polish company.

If you have any questions about the taxation of the Polish company, please contact us and get tax advice from our accountant.

In addition to its strong international position and stable economic environment, Poland attracts the attention of foreign entrepreneurs with its loyal tax system, which is one of the best in the European Union.

The fixed rate of profit tax for legal entities here is 15% For value added tax, reduced rates are applied to certain categories of goods and services.

The tax system in Poland is not a tool to suppress entrepreneurs. The local law governing the mechanisms for the application of the MLC applies the principle of reasonableness and expediency and places the burden of proof on the tax authority.

Personal income tax is paid by anyone who receives wages (on the basis of employment and civil contracts) or income from business activities. An exception is tax-free income. As of 2017, the income tax rate for individuals is 32%.

The tax relates to the general income received in the territory of Poland by legal entities that have a board or legal address there. It’s a flat tax, and it’s 15%.

Tax on the purchase of food, clothing, services. This tax is usually included in the price of goods or services (it is the gross price). If the price is net – it means that you need to add VAT. However, in shops and consumer service enterprises, prices already include a tax. In Poland there are different VAT rates: 23%, 8%, 5%, 0% – depending on the type of goods and services:

It should be noted that Poland does not have a codified legislative act in the tax area, and the MLT is regulated by two normative acts: the 1992 Law on Tax on the Income of Legal Entities and the 1991 Law on Tax on Income of Natural Persons. The procedure for the taxation of natural persons, regulated by the latter Law, is based on the fact that the country provides for forms of companies that have the right to carry out economic activities without the establishment of a legal entity.

Another normative act regulating various aspects of the CCT is the order of 2009 «On the method of determination of income of legal entities by estimation and on the method and procedure of exclusion of double taxation in case of correction of incomes of related persons».

It should be noted that the main subjects of application of the CCT are national and foreign related persons in the case of business transactions between them.

The difference of the Polish regulation in the field of TSC is that relatively recently the legislator has provided for a provision which includes the contracts on formation of a company without the right of a legal entity to economic transactions, Joint activity contracts and contracts for units located both in Poland and abroad.

Dependency is determined by: Equity participation of at least 5%, both direct and indirect; Participation or influence on management, when, for example, without 5% equity, can have a significant impact on decision-making; relations up to the second degree and labour relations, as well as property dependence, for example, common activities, common property, dependence on the use of property, etc.

In general, Polish legislation governing MLC enforcement applies the principle of reasonableness and expediency and places the burden of proof on the tax authority.

In addition, the legislator has provided for a number of exceptions for MLC entities, even where the relationship of related persons is traced, namely if the related persons belong to the same tax capital group. Exceptions are also made for the agricultural sector when transactions between the group and its members relate to the sale of products produced by group members.

The article identifies cost criteria of economic operations, excess of which requires preparation of tax documentation regarding the justification of transfer prices.In particular, documentation is required if the transaction cost during the tax year exceeds 100 thousand. Euros (when the transaction cost does not exceed 20% of the authorized capital), 30 thousand. Euros – in the case of the provision of services, sale or transfer to the use of intangible assets; 20 thousand. EUR – when settling with persons placed in offshore zones; 50 thousand. EUR – in other cases.

At the same time, it is not necessary to notify the tax inspectorate about the conduct of transactions by related persons. However, members of the CCT are required to submit to the tax authority the tax documentation that justifies the transfer prices within seven days of receipt of the transfer price.

Since the deadline for submission of documents is short, they should be prepared in advance (for example, at the time of the business transaction or immediately after it is completed).

As a rule, this package of services for the application of TCO and the preparation of relevant documentation is ordered from companies that are engaged in consulting and auditing. This practice lasts for two years, since, as a rule, transactions are carried out with the same related persons and are identical.

In Poland, the activity of the tax authority is not an instrument of repression of entrepreneurs. In principle, well-prepared documentation can be a sufficient argument for the supervisory authority. The content of the documentation is traditional, has standard parameters provided by laws.

Since January 2015, Poland has introduced rules of the controlled foreign company (KIK) according to which Polish tax residents are taxed at 19% on the income received by their KIK. The term KIK includes legal entities such as limited liability companies, as well as transparent, tax-free structures such as transparent partnerships without tax.

These rules apply if one of the following conditions is met:

The provisions of the CEC shall not apply in the following cases: